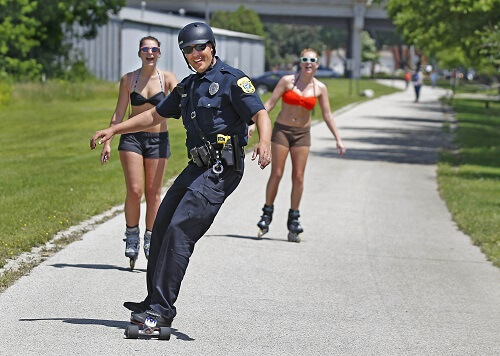 Are Electric Skateboards Legal In Australia ? Here is Your Answer

Eve O'Neill is the one who moderates and counsels all articles on eSkateBuddy. For your information, Eve O'Neill is a former senior member in charge of outdoor writing at Wirecutter. She is always fascinated by ideas related to outdoor activities and incorporates those ideas into her articles. She has more experience in the outdoors than anyone else, that's why we have her to moderate content!

Lucky for you, we have already done the research to answer your query in this article. Moreover, you’ll also learn about the laws of each Australian state and territory regarding electric skateboards.

Is Electric Skateboarding Legal in Australia?

The answer to this question depends on the location or region where you want to ride an electric skateboard. For example, some states in Australia consider e-skateboards as Personal Mobility Device (PMD), while others categorize them as motorized vehicles or electric scooters.

That’s why it’s essential to understand the transport rules of all the Australian states.

Australian law considers e-skateboards as “wheeled recreational devices.” It means they fall under the same category as skateboards, scooters, rollerblades, and electric vehicles with a motor of fewer than 200 watts. 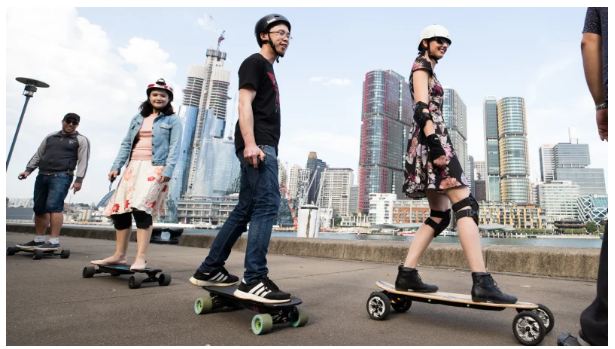 Furthermore, there are some restrictions on the riders of electric skateboards such as:

In case of any violation, the traffic police can charge the rider a fine of AUD 45. 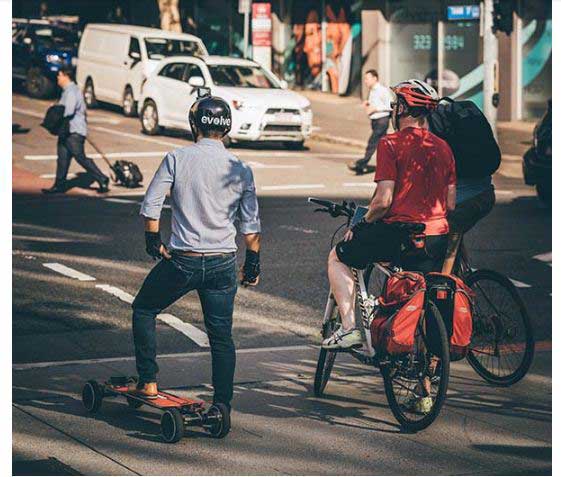 Unfortunately, electric skateboards are illegal in NSW and aren’t registered as other road vehicles. It means you only get to ride them on private property.

Conversely, regular skateboards are legal within the state, allowing you to ride them on bike lanes and the left side of the footpaths.

Just like in NSW, according to VicRoads, it’s illegal to ride an electric skateboard in Victoria in public areas, footpaths, and public roads.

Nonetheless, the good news is that the Victorian Government has agreed to consider electric scooter trials to be conducted in QLD, SA, and the Northern region. Furthermore, it will review the long-term impact of using an e-scooter while the ministry for Roads and Road Safety will offer the recommendation when the trial ends.

As discussed above, e-skateboards are illegal in NSW and VIC but not in QLD, but are electric skateboards legal in South Australia?

According to the Department of Infrastructure and Transport in SA, motorized skateboards are banned on bicycle tracks, footpaths, parking lots, and roads. Furthermore, the police impose heavy fines on those who violate the rule.

However, you can e-skateboard on private land. Similar to NSW, you can ride regular skateboards on the roads, bicycle tracks, footpaths, and parks. 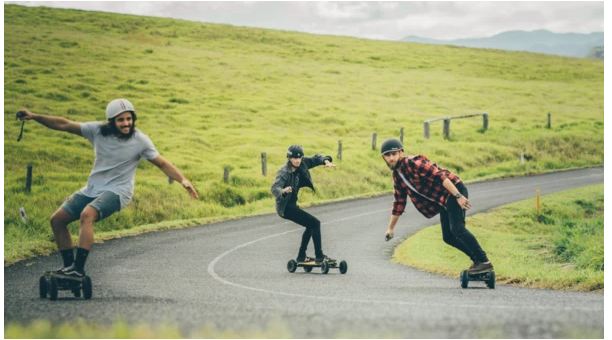 You already know e-skateboards are illegal in South Australia, and you must be wondering, are electric skateboards legal in Western Australia? Yes, according to the Department of Transport in WA, it’s illegal to ride the e-skateboards on footpaths, roads, and public lanes.

That’s why you should ride electric skateboards only on private property and not on public roads.

Can You Ride an Electric Skateboard in NT (Northern Territory)?

The Northern Territory doesn’t consider e-skateboards illegal. However, according to the government, motorized scooters don’t meet the basic requirements of the safety standards of the rest of the registered road vehicles.

It means you can’t ride e-skateboards on public roads but only on private land.

Can You Ride an Electric Skateboard in the ACT (Australian Capital Territory)?

Conversely, you shouldn’t ride an e-skateboard on either road or bicycle lanes.

Moreover, you should know the requirements while riding an e-skateboard and other PMDs:

Electric Skateboarding in TAS (Tasmania): Legal or Not 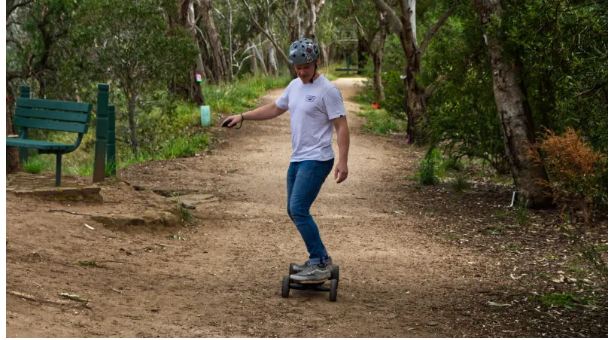 The Department of State Growth in Tasmania announced new laws about motorized devices in 2009. According to the new rule, the motor of the e-scooter should be less than 200 watts of power. It means the skaters can ride the e-skateboards on some roads and paths while wearing a helmet.

What is the Future of Electric Skateboard Laws?

The last couple of years have witnessed progress in the discussion regarding PMD. That’s why, in 2019, the ministers decided to consider PMD in the Australian Road Rules.

The Electric Riders in Australia have started a petition for the reinforcement of the regulations regarding e-scooters. The petition’s target is to get more than ten thousand signatures before the legislative amendments are presented to the ministers.